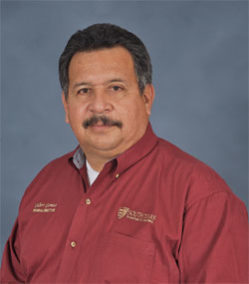 Gilbert Gomez holds both Bachelors and Masters degrees in Education. Mr. Gomez is a Met Life Fellow having been awarded a Fellowship by the American Association of Colleges for Teacher Education in 1999.

He has worked as a public school classroom teacher and administrator for close to 20 years with a major emphasis in Science and Social Studies. In 1999, Mr. Gomez was hired as the Director of the South Texas Center for Professional Development of Teachers at the University of Texas – Pan American. He taught classes in the College of Education as an Adjunct Professor and in 2002 returned to the public school systems where he has worked as a Social Studies Coordinator and Science Coordinator for grades K – 12 in a district of over 35 schools and over 27,000 students.

In 2005 he decided to use his teacher preparation skills to help recruit and train new teachers for the classroom and founded South Texas Transition to Teaching-Alternative Certification Program, a private alternative certification program which brings together the best of his years of classroom and university experiences.